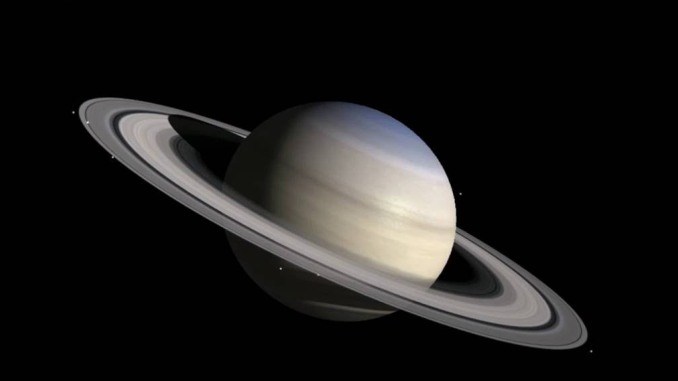 In Hindu Astrology, Shani means which moves slowly- shanaiye shanaiye. Planet Saturn has also been named after his nature. He moves very slowly. He takes about two and a half year to cross a zodiac sign. Actually, Saturn is a very huge planet and is placed at a great distance from Earth. Due to this distance, we find him moving slowly.

Mythically, Saturn is son of Lord Surya and his wife Chhaya (Shadow). Saturn has strained relations with his father. Saturn is considered as dry and cold planet. He represents old people. Saturn is considered a malefic planet in Astrology. But when placed in beneficial sign and house, he bestows a person with great wealth and fame. In adverse condition, this planet gives loss, sorrow, poverty, misery, accidents and hurdles in life. Saturn gets directional strength in seventh house.

Saturn is connected with the age and longevity of an individual. He gives long life if placed favorably in horoscope.

In spite of his bad name, Saturn is actually considered as a teacher. He behaves like a teacher, who punishes the students when they err and rewards them for their good deeds.

Saturn is also the planet of justice. He behaves like judge and gives justice depending upon the deeds of a person. The person who commits sin and bad karmas are rewarded results accordingly.

Saturn rules over bones. All the large bones in the body of legs are governed by Saturn. Saturn, as per his nature, gives long-term diseases. Such diseases are long termed and hardly curable. So a person has to bear with the long illness. Number 8 is the numerological sign of Saturn.

A person under influence of Saturn has to work hard in life. Saturn represents labour class who work die hard to earn a little livelihood. Land and all the products beneath earth are governed by Saturn. As such, all the mining items are ruled by him. Iron is his metal and his colour is black/ blue. Zodiac sings which Saturn governs are Capricorn and Aquarius. He is exalted in Libra and debilitated in Aries. His mooltrikon sign is Aquarius.

Saturn believes in discipline and strictness and never likes chaos and disobeys. In Hindu Astrology, Saturn has great significance. People are afraid of this planet due to his strictness and discipline. The slow transit of this planet offers two important common periods namely Sadhe Sati and Dhaiya. Every person undergoes the period of Sadhe Sati and Dhaiya many a times in his life. Sadhe Sati is a period when Saturn transits the twelfth and second house of the natal Moon. Similarly, if Saturn is placed fourth and eight from the natal moon, period of Dhaiya takes place. Period of Sadhe Sati is seven and a half year and period of Dhaiya is two and a half year.

These two periods are considered very difficult time in a native's life. He has to face many hardship and problems in life and gets no respite from any circle. Astrologically, speaking, this is the time when a person experiences enlightment while going through the hard time. By suffering hardship, a person is balancing his sins. Here, we can understand the difference in the nature of Mars and Saturn. Hardship faced by a person under the influence of Mars can make him a dacoit or thief. But, this is not the case with Saturn. In such circumstances, the Saturn will turn a person towards spirituality and forces him to think what is the cause of his misery i.e. bad deeds are responsible of his present situation. Slowly he becomes pious.

The following table will help you to have a glance on characteristics of Saturn: