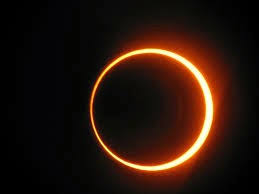 Like Rahu, Ketu is also an imaginary planet or a node that is positioned opposite Rahu. The constellations govered by him are Ashwin, Magha and Mool. An interesting story has already been described above while discussing about Rahu. The North node is called Rahu and the South node is known as Ketu. It is believed to represent the tail of demon.

The South node or Ketu is regarded as a point of difficult Karma from his past life where a person reaps the results of his selfish and egoist deeds of the past. The other side of Ketu represents the tendency towards Moksha or liberation and mastery of secret and mysterious knowledge.

Rahu and Ketu are famous for giving sudden and unexpected results. Both Rahu and Ketu are the parts of the same demon. Both are 180 degree apart. When Ketu, Sun and Moon lie in the same zodiacal longitude lunar eclipse takes place. Rahu has special enmity with Sun and Ketu with Moon.

Profession-wise, magicians, medical parishioners, astrologer and doctors are ruled by Ketu. Both Rahu and Ketu, the imaginary nodes, are the mysterious forces and show karmic and spiritual influences in the birth chart.

Like Rahu, Ketu also does not rule any zodiac sign since it has no physical appearance. Our Rishis have allotted Sagittarius sign as the house of exaltation for KETU. Some scholars think Ketu is exalted in Scorpio. Likewise it is debilitated in Gemini or Taurus. Ketu is considered strong in Jupiter sign.

Ketu feels comfortable with Mercury, Venus, Saturn and Rahu. Ketu is neutral to Jupiter. His enemies are Mars, Sun and Moon.

Ketu is planets known for spirituality. The person influenced by the planet is gifted with spiritual achievements. His other interests also show his bent towards religious and secret awareness including supernatural powers and ghost related subjects. Such persons have great healing power and have the ability to heal through their spiritual and tartaric power.

Ketu, if placed favorably in horoscope, brings a lot of luxury, wisdom and intuition to a person. If unfavorable, he causes unnecessary depression, poor concentration, boundless worries, anxiety and ghost related problems. The summarized details of Ketu are represented hereunder: